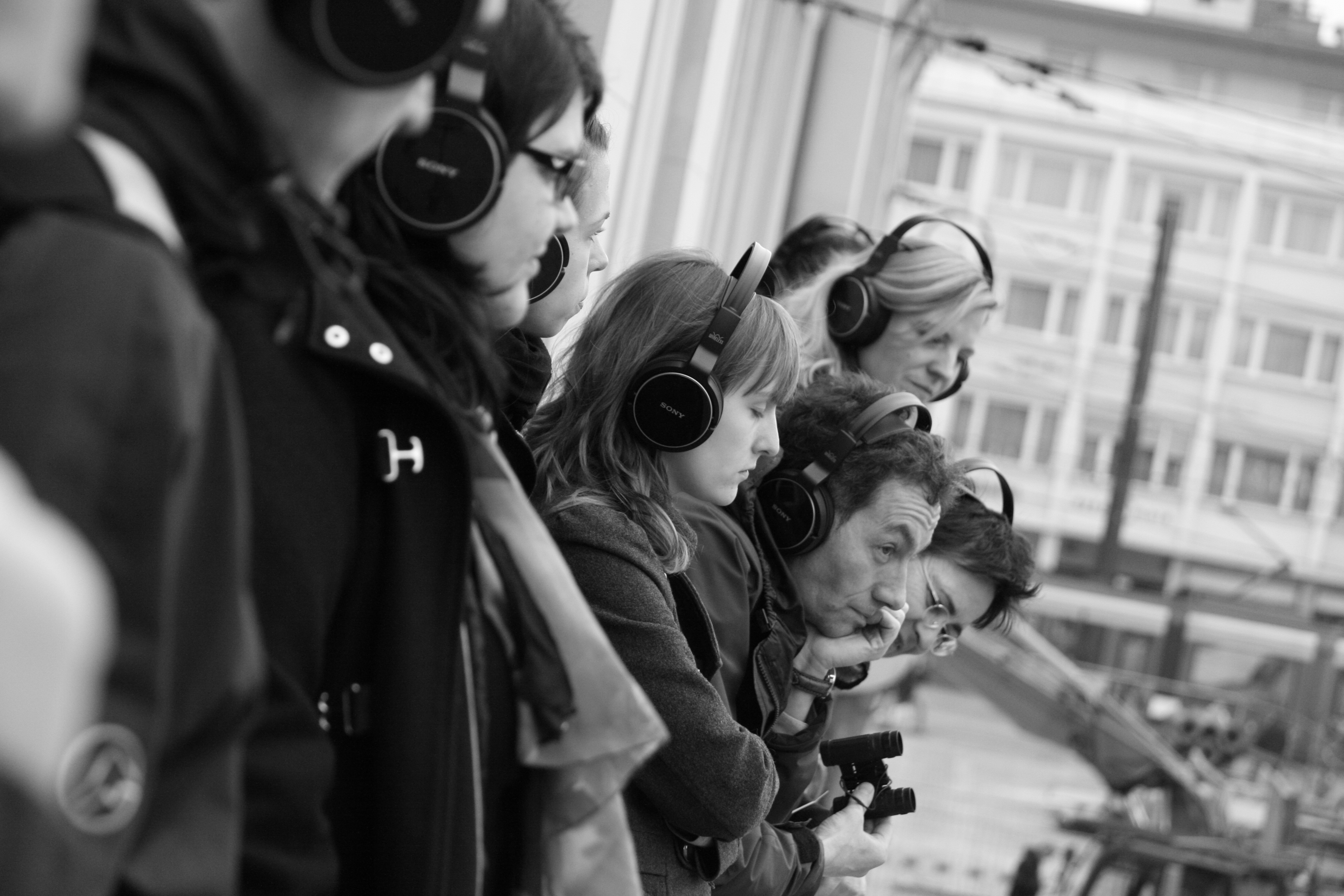 In 2011, Leonie created together with an Canadian director Evan the new concept of the inVISBLE THEATER in Chicago. It was a playful method, which would turn people into actors, without even knowing it.

Their idea was to have an audience equipped with wireless headsets on a balcony or window, overlooking a public space with lots of people. They would hear thoughts and stories about people, without knowing who was speaking. Actors with wireless microphones would be amongst the people in the public square, but who was talking?

A month later, BLUESPOTS PRODUCTIONS decided to start a multimedia campaign for refugees, because of their duty as artists and human beings.
They developed a campaign which was called I AM inVISIBLE, for refugees were invisible at that time in the city and our goal was to make them and their stories visible, seen and heard.

Johannes, our multimedia artist, translated our idea into a concept and realized it.
In the end, the audience listened in a very intimate way to the stories of refugees, without knowing to whom the story would fit. The project should show ist was arbitrary in which nationality we are born, our stories are the same.