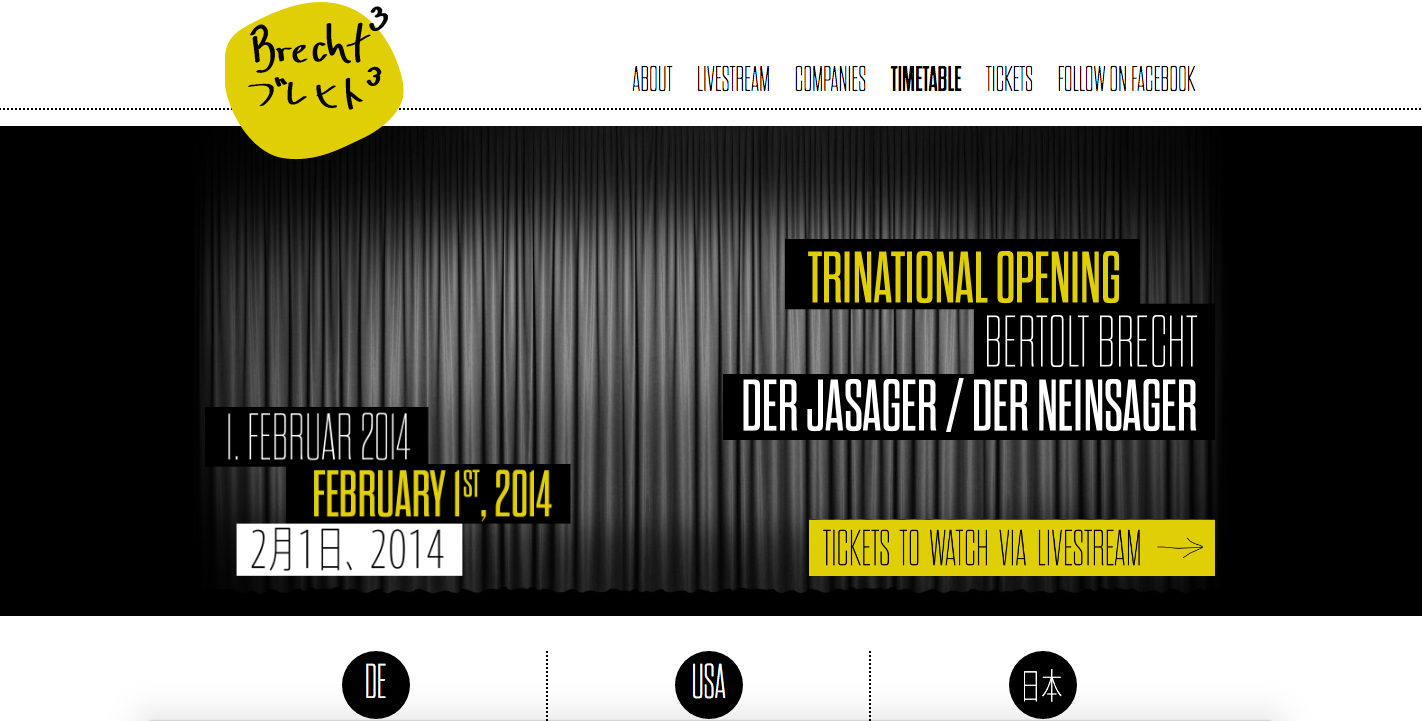 We thought about theater and how most people only knew the aesthetics of their own theater (within a country) because of language barriers. Globalization seemed to be everywhere, but in theater. So we decided to overcome that. The question was, how?

We picked one play by Brecht (Der Ja-Sager und der Nein-Sager) and looked for independent ensembles from Japan and America, who would stage it. Chicago and Osaka were up for it. Each country had 30minutes and would perform in their own language. The three stages were always connected via online cameras, in order to allow the audience to see one live performance in their own language and two international interpretations on screen.

Time difference was a fun challenge. Every country was allowed to have one opening at 8pm their time and the others had to be there for them.
We performed at 3am, 12am and 8pm.

Brecht high 3 got also invited to Denmark in 2014, where we performed the same concept with Germany - Denmark - Japan.