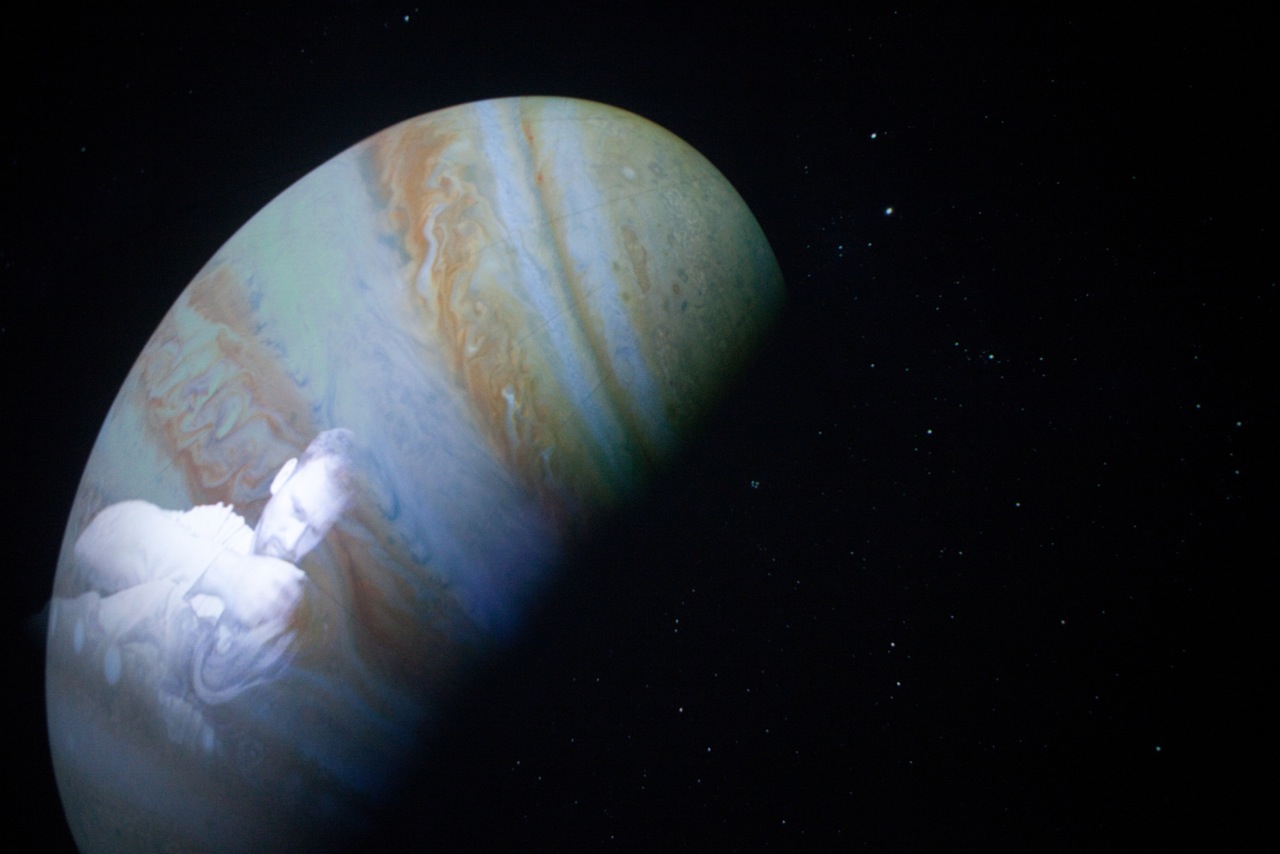 For this production, the universe became our stage. BLUESPOTS PRODUCTIONS got hired to write and perform a play for planetariums. Our playwrights Leonie and Christian were immediately up for it and started studying the universe, while our multimedia artist Johannes began to think of technical concepts. Full Dome planetariums are well equipped with projectors, footage and special effects, but darkness is key in order to see the stars. However, light is key, in order to see the actors.

It was possible to switch between light on actors and star gazing, but not preferable.
The beauty of planetariums is to get sucked into the universe around you and inside you.

In the end, Johannes found a simple but great solution: The actors where projected into the dome with a night vision camera. This allowed the audience to stay in one state of mind and the actors merged into projections of planets, galaxies and animated spaces.

The play was a huge success and starts its 3rd season this fall.